The history of Pocket Coils 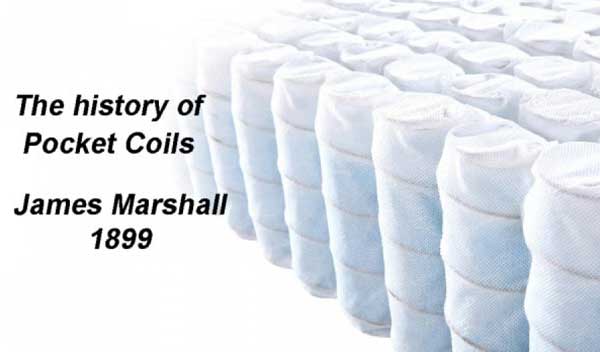 The individually wrapped pocketed spring coil mattress where invented by James Marshall in 1899, over 100 years ago.

He was a machinist and engineer that lived in Canada. The pocket coils were also known by his name as Marshall Coils. He created his company Marshall Mattress Company in Toronto, Canada. He patented pocket coils in Canada, United State and United Kingdom. The pocket coils became the worldwide standard for mattress construction and upholstery seating.